RESIDENTIAL EVICTIONS: WHAT TENANTS NEED TO KNOW IN LIGHT OF EXECUTIVE ORDER NO. 106

APPLY TO NJ FOR UNEMPLOYMENT INSURANCE

Effective Tuesday, March 17th, 2020 and in exercising an abundance of caution, the Township of Maple Shade Municipal Building will be CLOSED TO THE PUBLIC until further notice. Municipal Staff will continue to be working, however will only be available by telephone at (856) 779-9610 or email during regular business hours 8:30AM to 4:30PM Monday to Friday.

The Township remains vigilant in keeping our residents and employees safe and healthy. Residents are encouraged to keep themselves informed by visiting the official township webpage or subscribing to Nixle for alerts. You can register for Nixle message at https://www.nixle.com/.

The 2020 Census is accessible to everyone.  Please see below for more information or click HERE for a printable, user-friendly version. 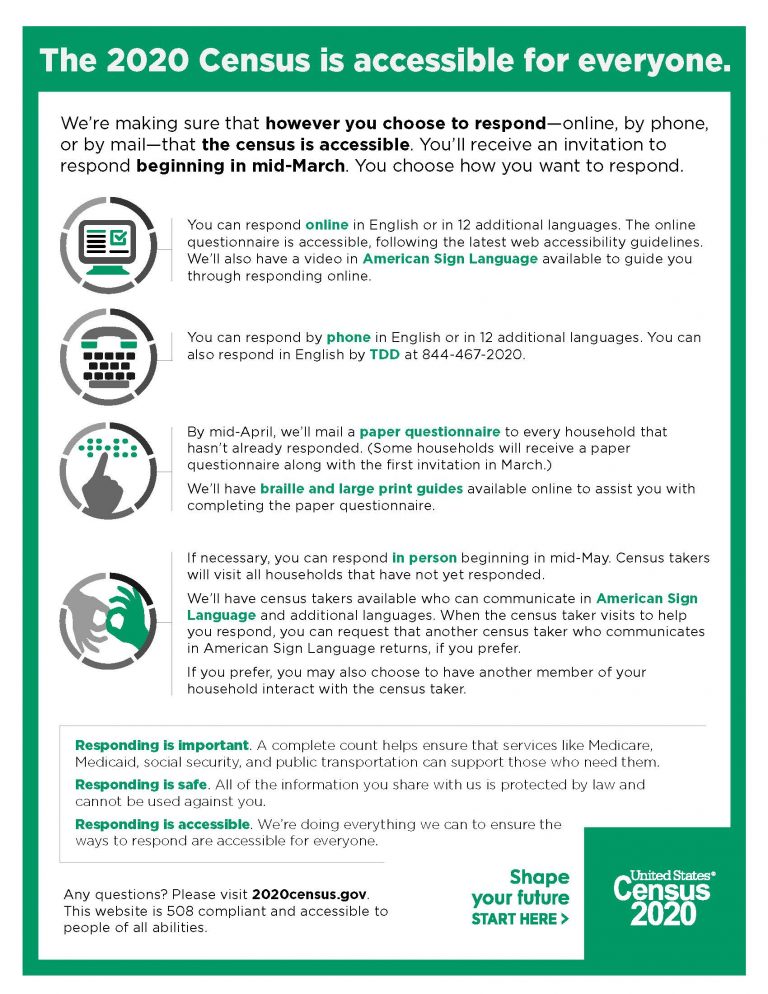 The signs are deployed at the pedestrian crossings at Chestnut Ave, Maple Ave, and just East of Lippincott Ave near the Acme Market.

Please report any problems with the signs by calling 856-234-8300, live operators are available 24 hours a day.
For more information on pedestrian safety in NJ click here https://www.nj.gov/oag/hts/pedestrian.html

The New Jersey Department of Transportation announced the award of a $231,500.00 grant to the Township of Maple Shade.  The grant award, as part of the NJDOT FY2020 Municipal Aid Grant Program, will be combined with a previous NJDOT award in the amount of $250,000.00 and will assist the Township with the rehabilitation of roadway on Collins Lane & N. Coles Road project.  The total cost of the resurfacing project is estimated to be approximately $500,000.00 and will include paving, concrete work, curbs, utility infrastructure and stormwater run-off drainage improvements.  This project will be scheduled in the Township 2020-2021 Road Improvement Program.

Since 2018 the Township of Maple Shade has applied for many grants, in an effort to generate additional revenue for municipal improvements without placing the burden directly on the residents.  With the latest announcement, the total value of grants awarded is approximately $751,500.00.

A “hoagie building” competition was held where teams from the Food Bank of South Jersey, Maple Shade Fire Department and Maple Shade Police Department participated to see who could build the most hoagies in three-minutes.  Wawa concluded the event by presenting checks on behalf of the winning and runner-up teams for $1,000 to the charities of their choice.

Congratulations to the Food Bank of South Jersey for winning the competition although each team was a winner with the donation made to their charities.